GCR’s involvement in Panama has been further reduced after the Panamanian Government cancelled five of GCR Panama Inc’s six Exploration Licence Applications in the Ngobe Bugle Comarca (Indigenous) Zone. GCR Panama is a wholly owned subsidiary of GCR and is not conducting active exploration in the country. However, one application for a concession by GCR Panama (shown in red in the figure below) is still current. The application areas were selected following a detailed review of geology, airborne geophysical data and a country-wide database of surface geochemistry which GCR purchased in 2007. The applications cover prospective ground with geophysical and geochemical anomalies and are located in similar terrain and settings to the large Panamanian copper porphyry deposits of Petaquilla and Cerro Colorado. 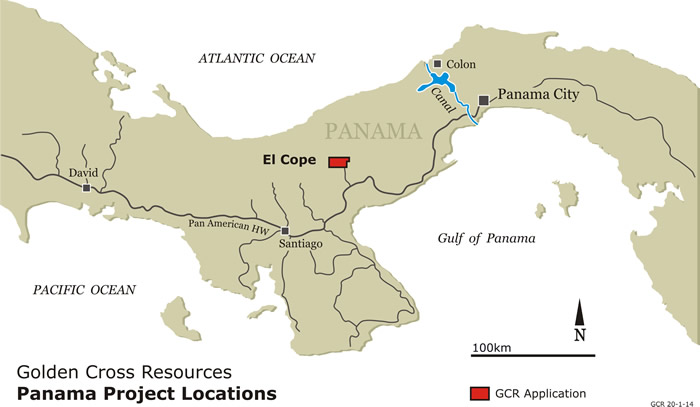 GCR Panama Inc. (GCRP) a Panamanian-registered company holding a Panamanian HSBC bank account and the EL application outlined above. In addition to these assets, GCRP has an extensive geological, geophysical and geochemical data base covering large areas of Panama, as shown in the following diagram. 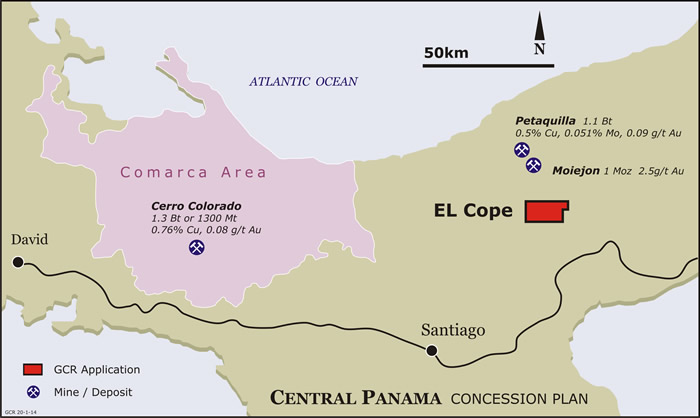 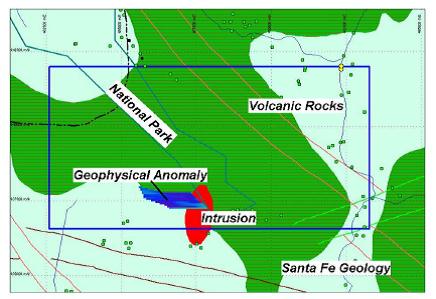 Panama is a democratic republic with close ties to the United States. Its principal income is derived from the Panama Canal and adjacent railway. It has an open-market economy, a strong banking sector and increasing tourist and high rise real estate activity. Panama is a natural transport hub for shipping and air travel. The economy is vibrant, with US$5.4 billion earmarked for the new, larger lock systems planned for the Panama Canal. Panama’s currency is the US dollar, with no exchange restrictions. The company income tax rate is 30%, and a 2% net smelter return government royalty is payable on mine production.

Panama hosts one of the world’s largest undeveloped porphyry copper deposits, at Cerro Colorado in eastern Panama, with about 1,400 Mt at 0.78% copper. Petaquilla, being developed by Inmet of Canada, is also a porphyry deposit. It is located in north-central Panama and contains a resource of over 2 billion tonnes at 0.5% copper, 0.015% molybdenum and 0.09 g/t gold. The Chorcha porphyry hosts 47 Mt at 0.71% copper and 0.08 g/t gold. All of these deposits are hosted in the high, jungle covered portions of the Cordillera Central.

An epithermal gold project, adjacent to the Petaquilla porphyry known as Molejon, is currently being assessed by Petaquilla Minerals Ltd, which has outlined a deposit containing 893,000 oz at an average grade of about 2.5 g/t gold. Close to Los Hatillos, the Remance mine produced 88,000 ounces of gold during the mid-1990s, and Santa Rosa produced about 100,000 ounces before closing down in 1998. Santa Rosa is likely to recommence production in the next two years subject to government approval.

These are also low sulphidation-style epithermal deposits, with Remance being a vein system and Santa Rosa hosted on the margins of a maar volcano. Both are hosted in an early Tertiary volcanic dome in central Panama. 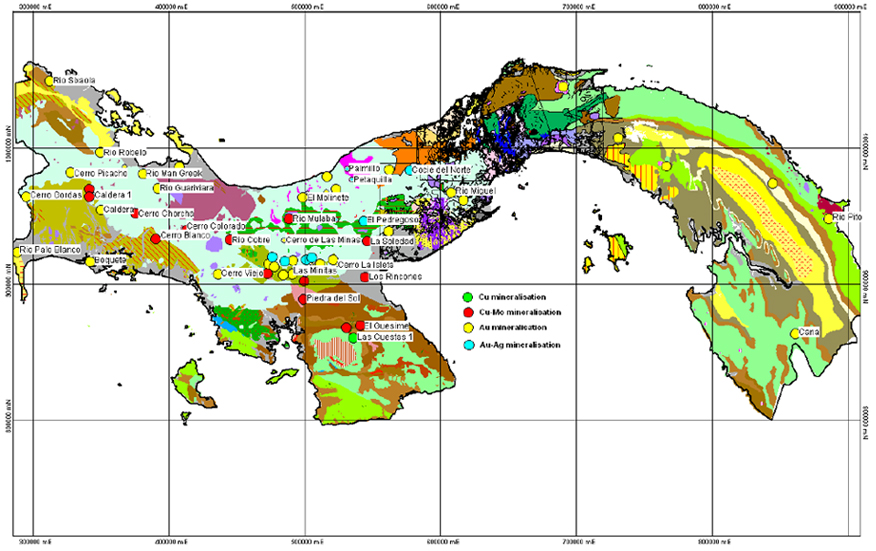 Panama is one of the well-mineralised links in the chain of countries extending northwards from Terra del Fuego to the Aleutian Islands; perhaps the greatest mineral belt on Earth, host to many enormous porphyry copper deposits and epithermal/mesothermal gold and silver deposits on the Pacific margins of South, Central and North America.