The Rosevale tenement (EL7097) is located approximately 10km north of the town of Nymagee. The region is considered to be prospective for Cobar-style precious-base metal deposits in favourable structural and stratigraphic settings.

There are a number of old workings and prospects at Rosevale which occupy positions on or adjacent to the interpreted fault splays.  These include McLaughlins Tank (Cu, Pb), Prospect 19 (Au), Box Tank Workings (Cu, Pb), and The Gap Prospect (U) which is on the contact between the Silurian Nymagee Igneous Complex [Sgn] and Ordovician basement (Girilambone Group [Oyg]), and Diddler reefs (Au) which lies on an adjoining tenement. 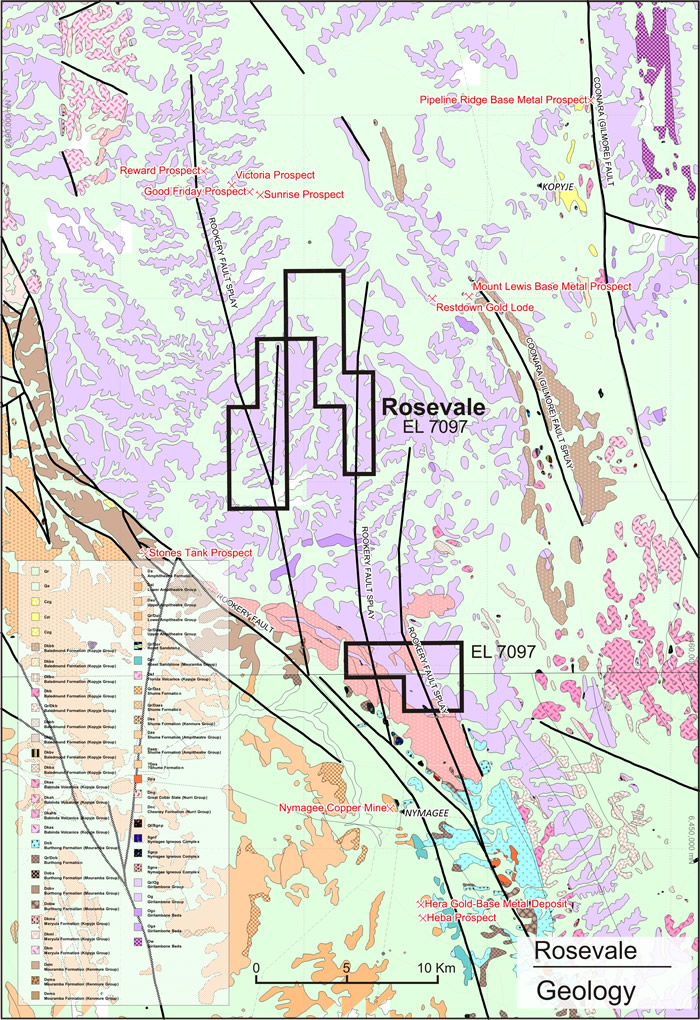 Figure 2 shows discrete magnetic targets and magnetic palaeochannels displayed on a reduced-to-the-pole aeromagnetic image. Of interest is an intense, discrete magnetic low at the Roswell prospect which may be due to a body of reversely polarised pyrrhotite (-base metals-gold) mineralisation (Figure 2). 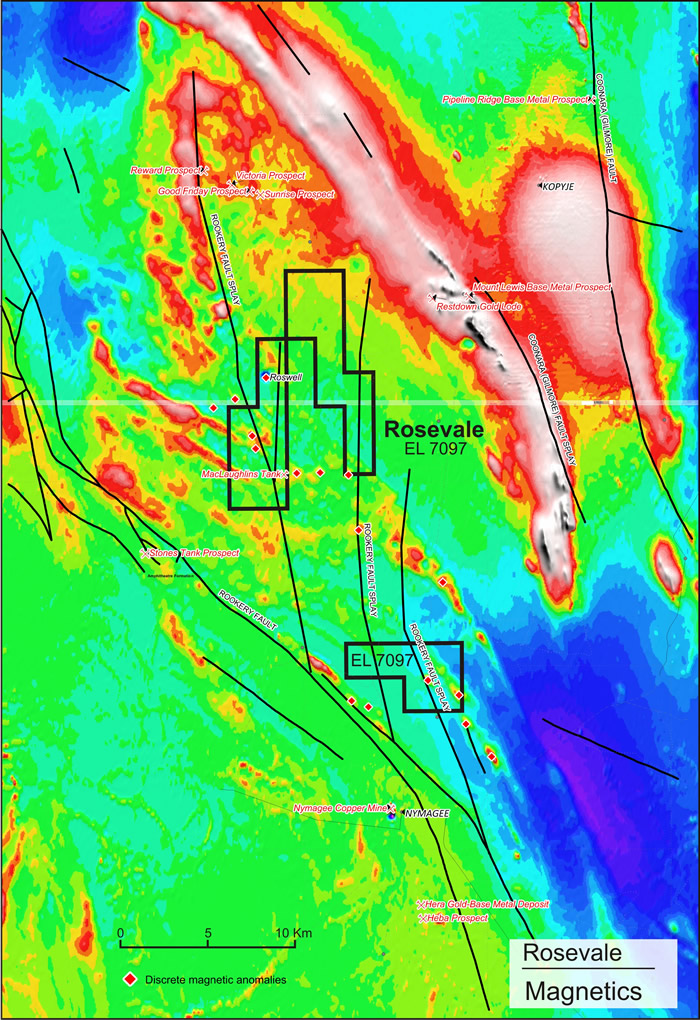