The Gilgunnia Range JV tenements are located approximately 495 km northwest of the Sydney CBD, between the town of Nymagee and the locality of Gilgunnia in the Upper Western region of New South Wales. 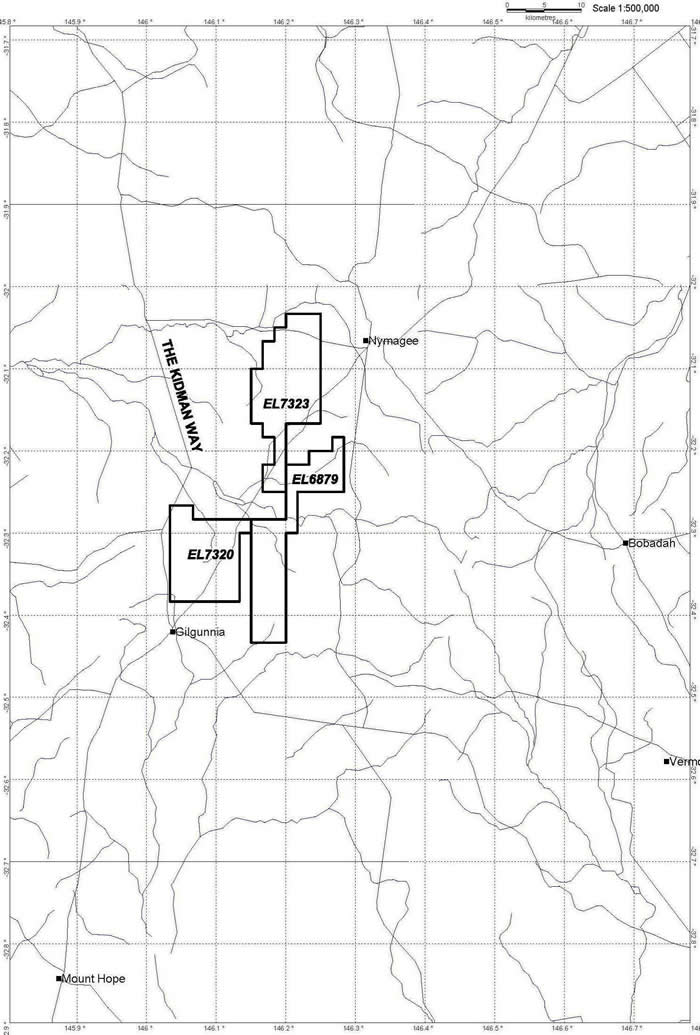 The margins of the Mount Hope Trough, the Rast Trough, the informally named Wagga Tank-Nymagee Structure and the associated Gilgunnia–Hathaway Zone (Figure 2 [Geoscience Australia (GA) 1: 1 000 000 scale geology dataset]) are considered to be prospective for both magnetic (i.e. Peak, CSA, Elura) and non-magnetic (i.e. Hera) Cobar-style deposits that may have developed in favourable structural-stratigraphic settings.

A follow-up induced polarisation survey is planned at Digger and an airborne HeliTEM® survey of the Gilgunnia Range JV tenements is being designed for Q3-2012.