Fairview Tank (EL 7065) forms part of a larger tenement package, the Canbelego Group, held by Golden Cross which was acquired to cover the Kopyje Shelf area between Canbelego and Nymagee. The tenement is located 9km south of the town of Canbelego in central western NSW, and the geological environment has similarities with the Cobar Basin located 50km to the west. The Kopyje Shelf is considered to be prospective for Cobar-style precious-base metal deposits that may have developed in favourable structural settings or stratigraphic contact positions, or combination.

One such favourable structural setting is the northerly trending Coonara Fault (Gilmore Suture equivalent), which is shown, together with an interpreted northwesterly trending splay, as a series of red dotted lines on Figure 2 in the area of EL7065.  A favourable stratigraphic contact position, being the contact of the basal Devonian shallow water sediments of the Baledmund Formation [Djsb] and the underlying metasediments of the Ordovician basement Girilambone Group [Oyg], is displayed as a green dashed line.

In 2010, a trial ionic leach soil sampling survey was undertaken to improve geochemical mapping and enhance the potential to detect and resolve subtle geochemical anomalies over concealed mineralisation. The results are being evaluated and will guide the ongoing exploration program. 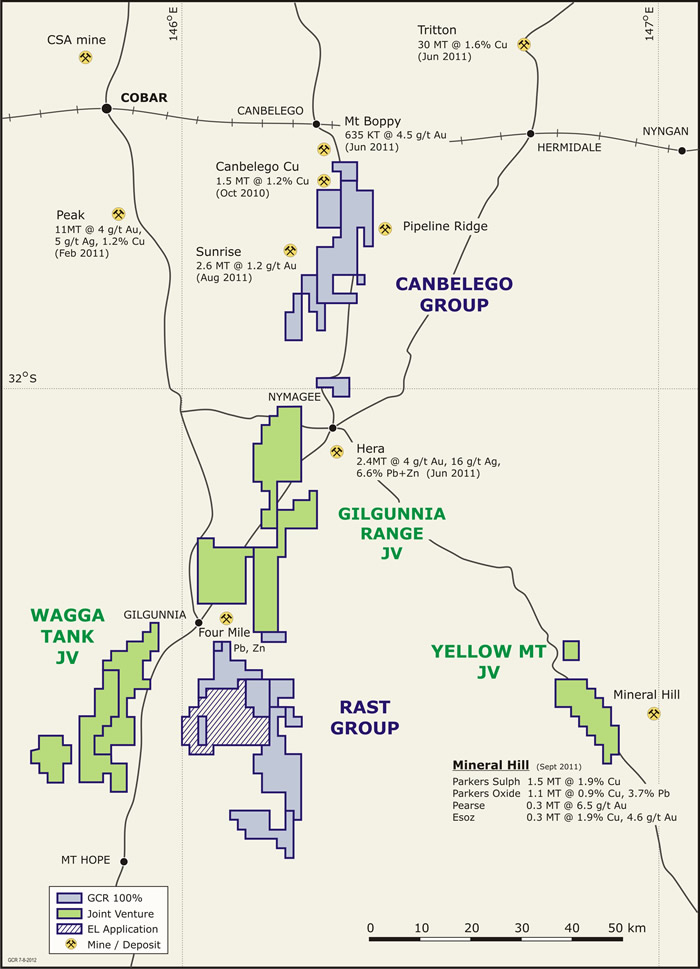 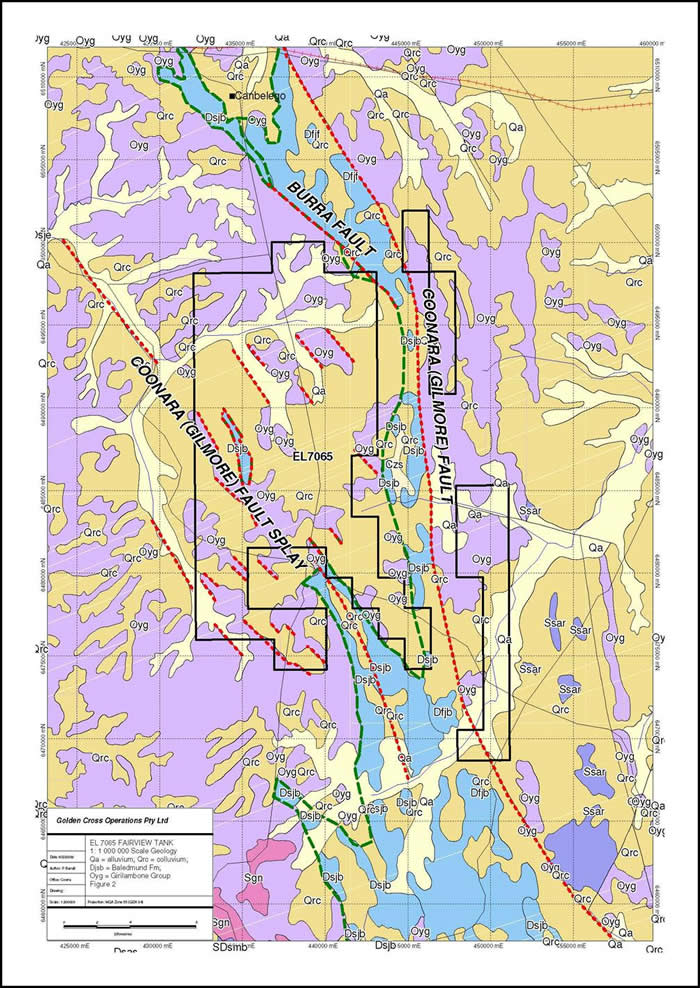