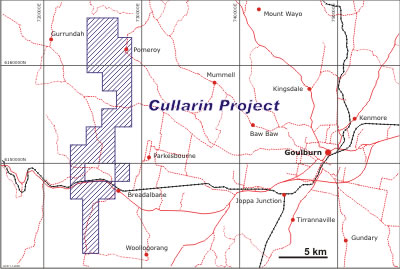 The Cullarin Exploration Licence, EL 6292, is located about 20km due west of Goulburn in south eastern New South Wales. In September 2006 a Joint Venture agreement was signed between GCR and Tri Origin Minerals Ltd (TRO).  Since then TRO have earned a 62.5% interest in EL 6292 and are continuing to explore on the tenement.  It is expected that over the coming year expenditure on the property will reach a level at which GCR will dilute ownership in lieu of contributions.

Over the past year Tri Origin completed a drilling program and ancillary works on the Joint Venture area as follows; 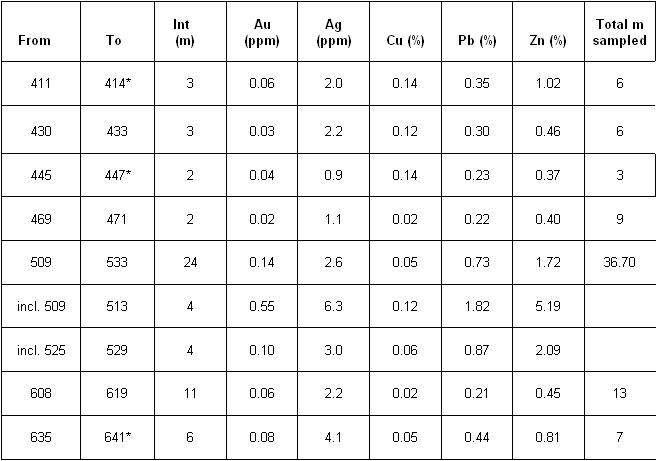 The Cullarin Joint Venture area has demonstrated potential to host base and precious metal deposits. Exploration in this area will be aimed at scoping out the Cullarin Valley gold-base metal deposits with three RC-diamond tail holes followed by downhole EM.

During 2012, EL’s 6292 and 6686 were amalgamated into a single tenement EL7954. Reprocessing historic dipole-dipole IP, ground EM and magnetic data over the tenements is on-going to create a combined geological and geophysical 3D model including all known mineralisation and resources.